What is density of lumber?

Why is the density of lumber important?

What is “dense” lumber?

Southern Pine lumber may be graded as “dense”. What permits lumber to be classified as “dense” from a grade rules perspective? According to SPIB Grading Rules, dense lumber must meet a minimum number of annual growth rings per inch, as well as a minimum portion of each growth ring must be made up of the “latewood” or “summerwood”, the darker part of the growth ring. The figure below is a cross section of a tree showing the annual growth rings. The darker portion of each ring is the Summerwood and the light portion is the Springwood. 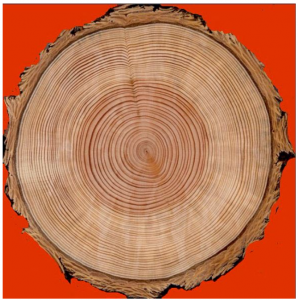