1921 was yet another year during which the world would change forever – however, it was less the product of any one major event and more about a series of smaller ones, taking place “behind the scenes” on the world stage.

In early March, Warren G. Harding officially became the 29th President of the United States. Communist parties were cropping up all over the world, like the Communist Party of Czechoslovakia which was first founded on May 16. The first BCG vaccination against tuberculosis was given to a patient a few weeks later in July, marking a critical step towards the eradication of that terrible disease. The first radio baseball game was broadcast in August and, on a lighter note, the first Miss America Pageant was held in Atlantic City, New Jersey in September.

1921 also marked the year that the Department of Commerce, under the guidance of Secretary Hoover, instituted an investigation into the questionable trade practices of the lumber industry – an action that seemed small at the time but that would create a major ripple effect that would last for much of the next decade.

In this section, you will learn about the role that the Southern Pine Association played in these proceedings, presenting at conferences arranged by Secretary Hoover. You will uncover how the Department of Commerce intensely studied the cooperative methods in the dissemination of trade statistics. You would also learn more about the American Wholesale Lumber Dealers Association, which was dedicated to eliminating the so-called crooked wholesalers whenever possible. We hope that you will find it not only enjoyable but enlightening.

The Department of Commerce through Secretary Hoover instituted an investigation of questionable trade practices in the lumber industry. They sought to understand to what extent the grades as set forth by the lumber manufacturers associations were recognized by the trade, and if these grades were substitutes or devices for the purposes of deception. Also, was the public being deceived by short measurement? The Government wanted to correct such trade abuses, then existent – among them being, the sale of lumber inspected at one grade for grade of higher value, and scant measurements.

No two trees being alike, the grading of lumber manufactured therefrom was not an exact science and afforded an opportunity, by reason of this condition, for public confusion.

A factual basis for grade determination had been recognized by the southern lumber industry for many years. Originally an outgrowth of necessity, the then current standards had proved advantageous for both producer and consumer. The maintenance of recognized standards for lumber grades was an attainment of the lumber manufacturers associations – of prime importance for efficient and profitable business.

A correction of abuses and methods by which lumber grades could be safeguarded to definitely assure the public of receiving proper quality and quantity were considered by the Southern Pine Association.

The Southern Pine Association was authorized to be present at the conferences subsequently arranged by Secretary Hoover, of the Department of Commerce in Washington, for the study of cooperative methods in the dissemination of trade statistics.

The directors of the Association, upon recommendations of the Grading Committee, authorized those subscribers representing the Association at the American Lumber Congress, in Chicago, to confer with representatives of associations of retailers and wholesalers regarding the proposed standard of sizes which might be recommended for universal adoption at the American Lumber Congress. The directors of the Association recognized the tendency to disregard the standard of grades for southern pine lumber and the extent to which these grades were being misrepresented and substituted; and advocated that grade integrity could be safeguarded and protected by the practice of grade-marking and tally-guarantee. It was recommended that each car of lumber loaded be placarded within by a tally and grade record of the contents.

Manipulation of grades, raising of tally count, misrepresentation and deception through various media of handling were harmful deterrents in the process of merchandising lumber. Honest retailers were being affected by dishonest associates, and combined circumstances damaged the interests of producer and consumer. The feeling was rising against the lumberman, blaming him for the conditions. Lumber substitutes were increasing in importance and sales volume. Obviously, it was considered moronic tactics for lumbermen to idle and permit the continuation of bad ethics – actually, the lumberman was not to blame, but the middleman. Whether from ignorance of conditions within the lumber industry, or the deliberate dissemination of false and misleading information, the middleman was ‘horse-trading’ a profit for himself and criticism for the manufacturer.

It was a though time for the manufacturer of lumber to organize legal machinery to give the reputable retailer and industrial concern protection as to full footage the manufacturer puts into a car, and the coincident grade quality. A direct and responsible effort to stamp out trade practices of misrepresentation was made by the Southern Pine Association – the ills were considered, the situation analyzed, and the cure presented by (1) a legalized form of insurance from the manufacturer to the buyer whereby the principles of good trade practice were applied, and that cars loaded and shipped by manufacturers were to contain a tally of contents; also, (2) that lumber be branded, not as individual mills, but in the name of the Southern Pine Association, each mill having a number branded on the board or bundle, and the grade marked. This constituted a certificate of guarantee to the ultimate consumer who, by becoming acquainted through advertising and publicity channels, could then understand that he was buying on the basis of clean, honest business ethics.

The American Wholesale Lumber Dealers Association functioned for the purpose of eliminating the so-called crooked wholesalers. They acquiesced in the program of reformation being accomplished by the Southern Pine Association. They felt that the time had arrived for the three large branches of industry (manufacturers, wholesalers and retailers) to band together for the support and application of fair and reputable dealing. They were agreeable to lumber branding, tally statements with car contents, and other merchandising safeguards; and suggested the possibilities of the situation being termed trade restraints because of the apparent deliberate omission of any reference to lumber branding in the Hoover-Daugherty correspondence.

The Standardization Conference held in Chicago, the National Retail Lumber Dealers Association meeting in Chicago, the Forest Products Laboratory Conference at Madison, and the Ohio Retail Lumber Dealers Association meeting at Cincinnati, were important occasions in the development and establishment of uniform grades. The Table of Standard Sizes for Yard Lumber recommended by producers, distributors, and consumers was submitted for approval of the Southern Pine Association.

This involved some changes, and was not regarded as wholly practical, but considered an advancement. Uniform grades were accepted as a fundamental necessity and the grading of lumber acknowledged as not being an exact science. Lumber manufactured for building purposes could not be kept in precisely the same original sizes, but the defects admissible in grade could be specifically described and embodied in properly prepared specifications to eliminate or minimize disagreement.

The Grade-marking of southern pine lumber and nine points of importance in connection with the matter were emphasized and recommended to the subscribers by a special committee of the Southern Pine Association. These were accepted and are as follows:

While the matter of officially adopting a Southern Pine Association brand to be placed on all wood products manufactured by subscriber mills had been suspended through official channels about five years previous, the Long-Bell Lumber Company had since made an arrangement with the manufacturers of the only practical branding machine on the market (McDonough Branding Machine) for the branding of their lumber as an individual mill. Lumber retailers resented this procedure because, in addition to the Long-Bell Lumber Company, the Weyerhaeuser brand was also on the market, and the retailers felt that with such leadership as these two concerns afforded, all large concerns might undertake to brand their lumber individually, and by the publicizing of many individual brands induce the retailers to carry lumber stocks of all brands. It was thought preferable and to be the ideal situation to have the branding of lumber accomplished with the Southern Pine Association mark and control. However, many of the subscriber mills were opposed or uncertain. While frequently and fully discussed, the Association could not undertake to buy branding machines for all of its subscribers and it had no authority to require them to do so themselves. Some wholesalers, through whom lumber was sold, objected to a brand of any kind.

…there is considerable comment on the question of branding or trade-marking of lumber, and…this practice has been favored more  or less only by individual manufacturers.

…that a copy of this resolution be sent to the secretaries of all lumber manufacturers associations.

The retail associations, particularly the Ohio dealers, were trying to refuse individual mill-branded lumber – they were agreeable to and requested, however, that lumber on order by them be grade-stamped.

The Capper Bill (Forestry) was based on the argument that there existed a serious shortage of forest material, that because of the widespread effects of such a condition the handling could not be left to the states or individuals. Considered then to be based on ignorance of the prevailing and actual conditions, with no appreciation of the economic factors which influence logging, the bill was not seriously regarded and not supported. 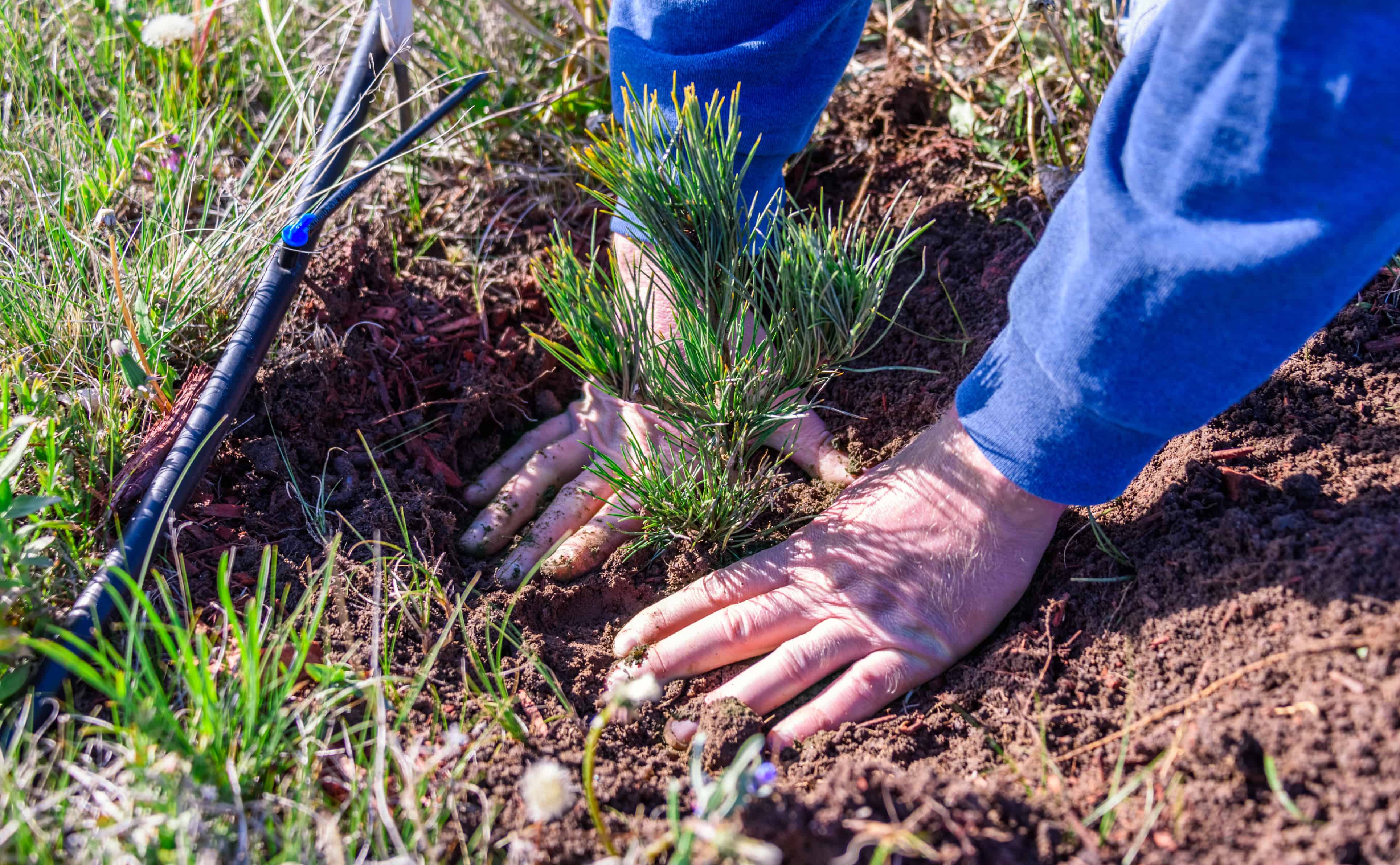 The Snell or Snell-McCormick Bill (Forestry) provided for a survey of the forestry conditions of the country and various incidental investigations, together with a bonus allowance by the Federal Government to those states enacting laws, and adopting requirements and regulations for the practice of forestry. The Southern Pine Association endorsed the bill in principle, recommending that no specific legislation be enacted until the U.S. Forest Service had concluded its investigation to ascertain definitely the essential requirements and regulations for the practice of forestry. Other associations also endorsed the bill.

The Bankhead Borah Bill – a land reclamation bill providing for the irrigation of arid and semi-arid agricultural lands, the draining of water from swamped areas, the removing of stumps from stumped areas, and the use of unused idle land – was sponsored by the Southern Settlement and Development Organization in which the Cut-Over Land Department of the Southern Pine Association was a material factor.